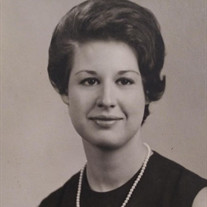 Betty Jane Osborne, age 81, of Medina, passed away on Tuesday, November 23, 2021, after a 25-year battle with Parkinson's disease that she faced with courage and dignity. She was born in Louisville, KY on January 25, 1940, to the late Harvey Richard and Elizabeth Belle (Chamberlain) Lanter. She was a child of Kentucky, where her ancestral lineage runs deep. She never failed to sing along to "My Kentucky Home", with a tear in her eye, when the Louisville Marching Band played before the Derby as she watched on T.V. Raised in a large, loving, extended, southern family, church on Sunday followed by dinner served promptly at 5 p.m. was a mainstay that brought together all the aunts, uncles, and cousins that she loved and adored. Betty graduated from Atherton High School, Louisville, KY in 1958. A fan of Elvis and music of the 50s, but unknown to many, she was a secret competitive athlete who played field hockey and basketball when girls had to compete in skirts and could only play half court. Having graduated from business school she went to work for Home Life Insurance Company. In the same building as her employer was an airline ticketing office, where she would often see Colonel Sanders walking through the lobby to schedule flights. In 1963, she met a young army private from Fort Knox at a dance, and they wed on November 14, 1964, and would later relocate to northeast Ohio, settling in Medina in 1974 where she had the blessing of raising her two children in a beautiful community that she loved. Also, known as an avid reader who consistently read a book a week, she was an open ear to all, with a sense of humor, the gift of talking to anyone and making them feel special. This gift was ideal when she chose to be a certified nurse aid to the elderly. Betty is survived by her loving husband of 57 years, Larry Neal Osborne; daughter, Jennifer (Scott) Upright; son, Scott (Gloria); grandchildren, Matthew, Colin, Gabby, and Ella; and sister, Jean Korkin. A special thank you to the staff of The Echelon of Medina, as well as the staff of Traditions Hospice. You are all angels on Earth. Please join the family for visitation on Saturday, November 27, 2021, from 3:00 PM to 5:00 PM at Carlson Funeral Homes and Cremation Services, 3477 Medina Rd (corner of River Styx and Route 18), Medina. Funeral Service will follow visitation in Funeral Home at 5:00 PM. In lieu of flowers, the family is requesting donations be made to the Michael J. Fox Foundation, PO Box 5014, Hagerstown, MD 21741-5014 or online at https://www.michaeljfox.org/donate/

Betty Jane Osborne, age 81, of Medina, passed away on Tuesday, November 23, 2021, after a 25-year battle with Parkinson's disease that she faced with courage and dignity. She was born in Louisville, KY on January 25, 1940, to the late Harvey... View Obituary & Service Information

The family of BETTY OSBORNE created this Life Tributes page to make it easy to share your memories.

Betty Jane Osborne, age 81, of Medina, passed away on Tuesday,...

Send flowers to the Osborne family.