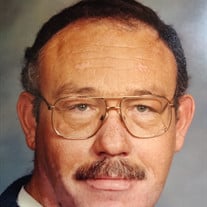 Carl W. Lawrence, age 69, of Medina, passed away on May 22, 2022. Carl attended Mentor High School and graduated with the class of 1970. After high school Carl joined the US Navy. During that time he served on the USS O'Brien, DD725, in Vietnam. Afterwards, he attended Nuclear Power school and then served on the USS Tullibee, SN597, where he maintained the nuclear reactor. Carl was honorably discharged from the Navy as an Electrician's Mate First Class after six years of honorable service. Carl then returned to Ohio and worked at Case Western University where he also attended classes in the evenings. Throughout his career he worked in the electrical trades, retiring from Daimler-Chrysler in 2016. Carl became a member of the Forest Hills Masonic Lodge, #644. He was raised by his father, Carl, who was the Master of the Lodge, in 1978. At the time of his passing, Carl had become a lifetime member and belonged to East Gate Masonic Lodge, #796. Carl was also an active member of the Middleburg United Church of Christ for forty years. During his career and after retirement, Carl loved to participate in sheep herding events with his beloved dogs Amanda and later on Becky. Both dogs won a number of honors and ribbons. A unique individual, Carl had a heart of gold. His friends and family and dogs were everything to him. He is sorely missed. Carl is survived by his mother Jeanne; his brother Douglas and spouse Brenda; his sister Suzie and spouse Doug; and their extended families. He was preceded in death by his father, Carl; his sister Debbie; and his brother Duane. Visitation for Carl will be on Friday June 3rd, 2022 from 9:00 AM until 11:00 AM and Funeral services will be Friday, June 3, 2022 from 11:00 AM until 11:45 AM at Carlson Funeral Homes and Cremation Services, 3477 Medina Rd, (Corner of Rt 18 & River Styx) Medina, Ohio. After the services, burial will be at Ohio Western Reserve National Cemetery. In lieu of flowers, if you wish to honor Carl's memory further, scatter kindness as he showed us all how to do; enjoy a scotch as he did, and love on your pets as we know how important Amanda and Becky were to him.

Carl W. Lawrence, age 69, of Medina, passed away on May 22, 2022. Carl attended Mentor High School and graduated with the class of 1970. After high school Carl joined the US Navy. During that time he served on the USS O'Brien, DD725, in... View Obituary & Service Information

The family of CARL LAWRENCE created this Life Tributes page to make it easy to share your memories.

Send flowers to the Lawrence family.