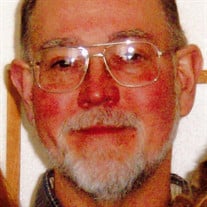 Gerald J. Goodnight, Jr., 69, of Garrettsville, went home to his Lord and Savior on Friday, November 12, 2021. He was born in Cleveland on May 22, 1952, to the late Gerald J., Sr., and Nancy (nee Roby) Goodnight. He married the love of his life, Diane (nee Helmondollar), on November 25, 1970. Jerry was a beloved Papaw to his grandchildren, who shared a mutual love. He enjoyed hunting, fishing, and traditional archery; Jerry passed his love of traditional archery to his sons. Jerry, III, went on to place 2nd at the IBO World League Championship. Jerry was additionally proud of his son, Ben, and his accomplishments in Track and Field. Jerry loved telling stories, sometimes over and over! He loved helping people so much, he often even volunteered his son, Jerry, to help where needed. Time with his family was treasured, as they were his pride and joy. Jerry will be deeply missed by his wife, Diane; sons, Jerry Goodnight, III (Brinda), and Ben (Katrina) Goodnight; grandchildren, Cory (Lauren), Ashley (Mark), Jordan, and 7 week old Mia, as well as many friends. He was preceded in death by his parents, and brother, Gary Goodnight. Per Jerry's wishes, he is to be cremated. The family would like to invite friends to a Celebration of Life to honor Jerry on Saturday, December 4, 2021, at 1:00 PM at First Baptist Church of Garrettsville, 7656 OH-82, Garrettsville, OH, 44231. Pastor David Gray will be officiating the celebration. All services were entrusted to Mallory-DeHaven- Carlson Funeral Home & Cremation Services, 8382 Center St., Garrettsville, OH, 44231.

The family of GERALD J. GOODNIGHT, JR. created this Life Tributes page to make it easy to share your memories.

Send flowers to the Goodnight family.