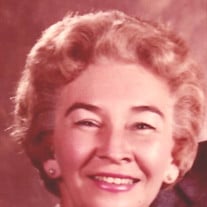 Irene Stelts, 96, of Medina, died on July 14 at Western Reserve Masonic Community in Medina, Ohio. Irene Skoda was born in 1924 in Follansbee, West Virginia, where her parents, Adam and Irene Skoda, had emigrated from Hungary in 1916. Life in a coal-mining town was hard, so when Irene was a young child, the family, including Irene’s older sister and brother, Goldie Skoda Ebright and William Skoda, moved to Akron, where Adam had found work in a rubber factory. Irene’s parents and siblings preceded her in death. Irene was a top student and a 1941 graduate of Akron Garfield High School. In spite of her fine academic record, she could not attend college because of the cost. Knowing that she would have to make her own way, she studied commercial art and acquired secretarial skills at Garfield. After graduation, she began working as a secretary at Lucien Q. Moffitt, Inc., an Akron engineering firm that made Goodrich Cutlass rubber bearings and marine bearings for boats and ships. She took a few years off to raise two young children but later returned full-time to Moffitt, where she became the office manager and oversaw sales and warehouse inventory until her retirement in 1984. During World War II Irene and her girlfriends were active members of the YWCA, jitterbugging at dances with each other in the absence of young men. She became a lifelong fan of Big Band music, and in her last years she listened to CDs of Glenn Miller, her favorite band leader. Her high-school sweetheart, Robert William Stelts, returned from active duty in the U.S. Marine Corps in 1945 and married Irene in 1947. Their marriage of 62 years ended with his death in 2009. Irene was a full-time working mother who was proud that her income, along with Bob’s work at Goodyear, enabled them to send both of their children to college. In addition to her job, Irene found time to become president of the elementary-school PTA, organizing events and designing posters. She also used her considerable skills as an artist and seamstress to make remarkable Halloween costumes for her young children, who triumphantly came home from school every year with prizes for their charming and imaginative costumes. She was an accomplished artist in many forms of media. After her retirement, she resumed her creative activities by taking lessons and producing beautiful pencil and pastel drawings, as well as paintings in watercolor and oil. She was equally skilled at portraiture, landscape, and still life. She was an active member of Grace United Church of Christ in Akron, serving for some years as an elder. Bob and Irene’s social life centered around their good friends from the church. Their New Year’s Eve and costume parties were legendary, including Irene’s memorable “Night in Budapest” event, when she fed the crowd her delicious chicken paprikash, stuffed cabbage, and nut rolls and pastries. Following the closing of Grace Church, she was later a member of First Presbyterian Church in Akron. When she could no longer attend services, she continued to enjoy frequent visits from Pastor Mark Ruppert, now at the Vine Fellowship Church in Copley, until her death. Irene is survived by her daughter and son-in-law, Sandra Stelts and Ronald Filippelli, of State College, Pennsylvania; and her son and daughter-in-law, Kenneth and Kathleen Stelts, of Laguna Niguel, California. The family thanks the staff of skilled nursing and life enrichment at Western Reserve Masonic Community for their excellent care and many kindnesses. Arrangements for Irene have been entrusted to Carlson Funeral Homes & Cremation Services, 3477 Medina Road, Medina, OH 44256. Interment will take place at Ohio Western Reserve National Cemetery at a later date.

Irene Stelts, 96, of Medina, died on July 14 at Western Reserve Masonic Community in Medina, Ohio. Irene Skoda was born in 1924 in Follansbee, West Virginia, where her parents, Adam and Irene Skoda, had emigrated from Hungary in 1916. Life... View Obituary & Service Information

The family of IRENE STELTS created this Life Tributes page to make it easy to share your memories.

Send flowers to the STELTS family.