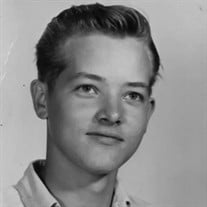 Kenneth L. Knight, Sr., 72, formerly of Windham, passed away at his home in Medina on April 15, 2022. He was born June 22, 1949, in West Union, WV, to the late Samuel and Helen (nee Eckles) Knight. He was a proud United States Army veteran, who served in the Vietnam war. Ken enjoyed fishing, especially with his brother, Sammy. He was an avid Cleveland Browns fan and was thrilled to attend many championships at the Cleveland Municipal Stadium. While Ken will be missed for many reasons, those who really knew him are going to miss his witty sense of humor. Ken will be deeply missed by his children, Christy (Lonnie) Troyer, Julie (Randy) Knight-Johnson, Carolyn Knight, and Kenneth (Diane) Knight, Jr.; grandchildren, Brooke, Ethan, Brianna, Branden, Brady, Bo; siblings, Linda (Danny) Kohn, Carolyn (John) Raley, Samuel (Teresa) Knight, and Sherri Knight, and many nephews, nieces, and friends. He was preceded in death by his parents. A memorial visitation for Ken will be Saturday, April 23, 2022, from 3:00 P.M. - 4:00 P.M. at Mallory-DeHaven-Carlson Funeral Home & Cremation Services, 8382 Center St., Garrettsville, OH 44231. A memorial service will begin at 4:00 at the funeral home, with Pastor Chad Froelich officiating, and will be followed by military honors.

The family of KENNETH L. KNIGHT SR. created this Life Tributes page to make it easy to share your memories.

Send flowers to the Knight family.