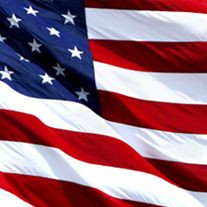 Richard "Dick" Earl Chambers, longtime resident of Brunswick, Ohio, departed this world peacefully from the Veterans' Victory House in Walterboro, South Carolina on January 10th, 2022 at the ripe age of 90. He was a caring son, husband, father, grandfather, brother, and friend. Richard was born on June 14th 1931 in Twinsburg, Ohio. He is survived by his son Richard E. Chambers Jr. and daughter LuAnn Liebenguth, grandchildren David and Ryan Chambers, Kevin (wife Abby) and Kristen Liebenguth, and great-grandchildren Kaleb and Corrina Liebenguth, and sister Arlita Neufer (nee Chambers). Richard is preceded in death by his parents Earl Hosea Chambers and Lucy Ida Chambers (nee Bennett), loving wife Fannie T. Chambers (nee Kuhns), brother David, sister-in-law Patricia Chambers (nee Smith), son-in-law Paul Liebenguth, and grand-daughter Linda Chambers. Richard was a graduate of Maple Heights High School and a member of the class of 1950. Following graduation, he was drafted into the U.S. Army where he was trained as a combat medic and sent off to Korea. After his service, he returned home and built a life while working in agriculture and industry. He eventually retired from the Brunswick City School System. He enjoyed a great many things during his long and full life. Among them, he loved his family, friends, camping, stitchery, nature, pets, helping others, bowling, and never letting age stand as an excuse to "grow up". He was kind and friendly to anyone and everyone and oftentimes went out of his way to strike up a conversation with a stranger, or try and cheer someone up and brighten their day. Richard, with his inviting smile, infectious laugh, and seemingly endless silly expressions, will truly be missed by many. Friends may join the family for visitation on Wednesday, January 19, 2022 from 1:00 p.m. to 2:00 p.m. at Carlson Funeral Homes & Cremation Services, 1642 Pearl Road, (1/2 mile south of Route 303) Brunswick, OH 44212. Interment with Military Honors will follow at Eastlawn Memory Gardens in Brunswick, OH at 2:30 p.m.

The family of RICHARD E. CHAMBERS created this Life Tributes page to make it easy to share your memories.

Send flowers to the Chambers family.