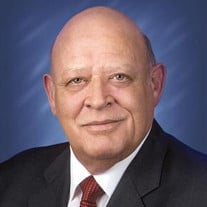 Steven Craig Peebles, age 63, of Medina, passed away on May 20, 2020. He was born September 10, 1956 in Columbus, OH to the late John J. and Elizabeth I. (Fairchild) Peebles, Jr. Steve served his country in the US Army, receiving Army Commendation and Good Conduct medals. He attended Ohio State University, and received his Bachelor's degree in Accounting. From there, he went on to work for the Dept. of Defense Contract Audit Agency, Dept. of Defense Criminal Investigative Service, was a private investigator for a short time, and then started his career with American Family Insurance, as an agent in 1999. Steve enjoyed keeping active and spending time with his buddies golfing, bowling, playing softball, and especially playing cards every week. He was an avid sports fan, and he enjoyed keeping up with the Cleveland Indians, but he especially loved OSU sports, Go Bucks! Steve will be missed by his beloved sister, Pamela (Larry Evans) Peebles; his children, Emily Frias and Mark (Lacey) Peebles; and his grandchildren, CT Frias and Lorne Peebles; as well as many aunts, uncles, cousins, friends and colleagues. Jenny Johnson and Bridgette Klein will also miss Steve. He held these women in high regard, they were more than employees or co-workers to him, and he let everyone know it. Steve was preceded in death by his parents; his sister, Deborah Peebles; his maternal grandparents, Leo and Pella Fairchild; and his paternal grandparents, John J. and Velma Peebles, Sr. Due to the current COVID-19 restrictions, a private family service will be held for Steve, with a private military burial to follow at Ohio Western Reserve National Cemetery in Seville, OH. The family encourages Steve's friends and colleagues to celebrate and memorialize Steve however they would like to, and in a way that would honor his memory and bring closure to their times spent together. Written condolences and sympathy cards for the family may be forwarded to Carlson Funeral Home & Cremation Services, 3477 Medina Road, Medina, OH 44256. In lieu of flowers Steve's wishes state that he would like donations be made to NAMI (National Alliance on Mental Illness) Medina Chapter, https://namimedinacounty.org/donate_now/

Steven Craig Peebles, age 63, of Medina, passed away on May 20, 2020. He was born September 10, 1956 in Columbus, OH to the late John J. and Elizabeth I. (Fairchild) Peebles, Jr. Steve served his country in the US Army, receiving Army Commendation... View Obituary & Service Information

The family of STEVEN CRAIG PEEBLES created this Life Tributes page to make it easy to share your memories.

Send flowers to the PEEBLES family.