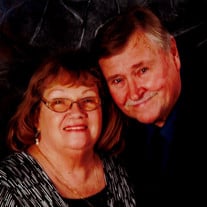 Together Again William “Bill” S. Boxler, 81, of Windham, passed away on Monday, May 18, 2020, in Ravenna. He was born January 31, 1939, in Akron, Ohio to William and Julia (Recicar) Boxler. He enjoyed reading and loved and excelled at golf. Not only did he love to read, but he enjoyed books so much he had his own library, if you needed a book for anything he was the "go to" guy. Bill was a big Browns and OSU fan and truly enjoyed the world of sports. He was also a wine enthusiast and could tell you about all the different varieties and what was new and what was upcoming. His favorite pastime was being with his family and friends. Bill will be deeply missed by all his children; Christopher (Dayna) Boxler, Joseph (Sandy) Boxler, Paul Sites, Brian Sites, Nicholas Boxler, Keith (Tammy) Sites and Gregory Boxler; loving grandchildren, Stephanie Boxler, Stephen Boxler, William Boxler, Anthony Boxler, Heather Sites, Josh Leffel, Olivia Clifton, India Wasielewski, Alyson Sites, Alanah Boxler and Nicholas Boxler; dear great grandchildren, Wyatt Roberts, Ariana Stephens, Stephen Boxler Jr., Haley Wasielewski, Hadley Boxler, Andrew Boxler, Kylie Clifton, Kinsley Clifton and Carson Clifton; sister-in-law Bev Thompson. He was preceded in death by his parents, wife Bonnie, son Stephen and grandson Erik. Due to the State of Ohio restrictions of the COVID-19 issue, a private family service will be held. A Celebration of Bill’s life will be held at a later date, at the campground. Arrangements for Bill were entrusted to Mallory-DeHaven-Carlson Funeral Home & Cremation Services 8382 Center St. Garrettsville, OH 44231.

The family of WILLIAM "BILL" S. BOXLER created this Life Tributes page to make it easy to share your memories.

Send flowers to the BOXLER family.